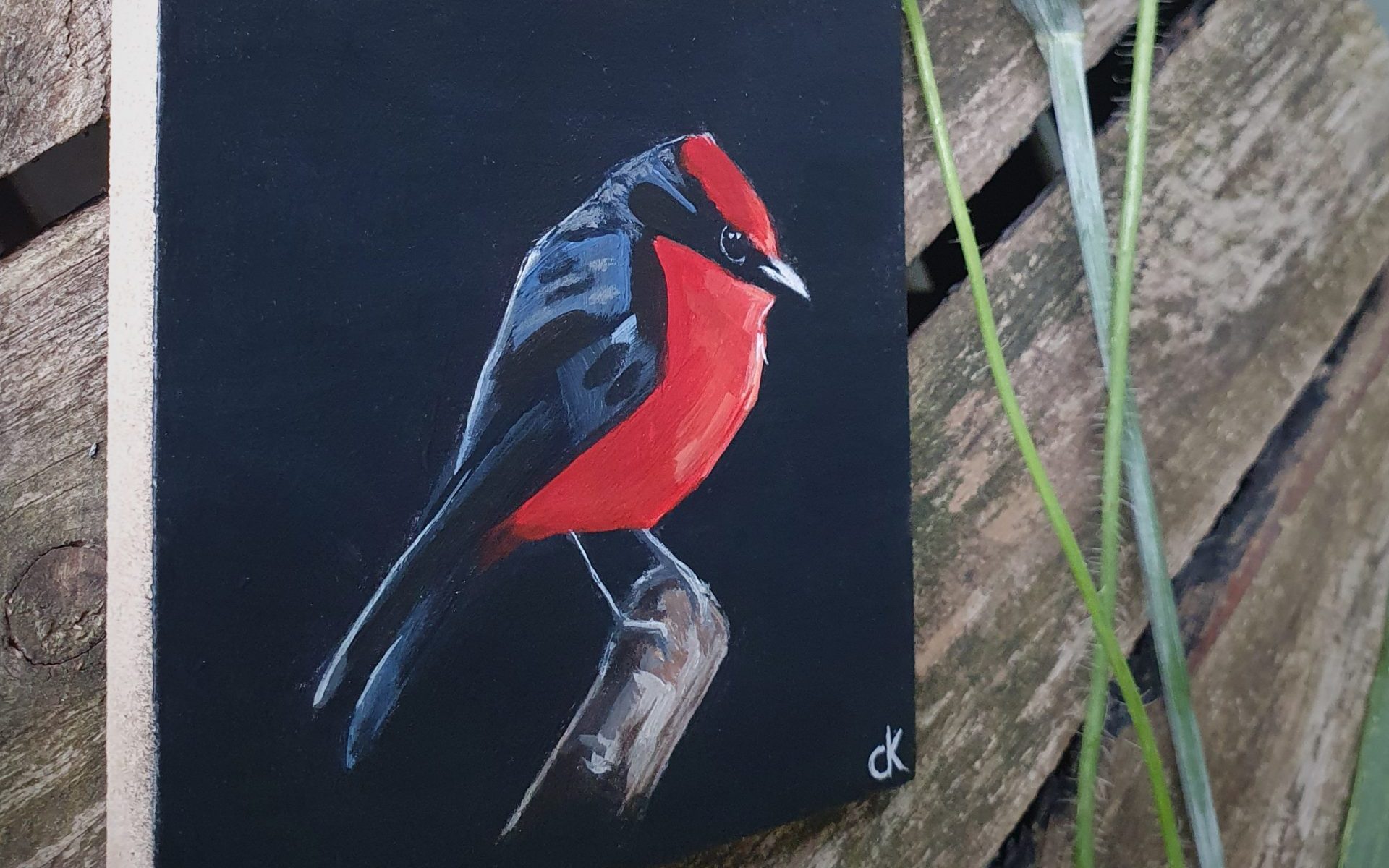 Painting of a San Cristóbal flycatcher on 10 x 10 cm mdf panel.
The background is a deep – almost black – color. It’s a mixture of (ultramarine) blue and (sienna) brown. Painted with acrylic paint (Amsterdam Expert line) and finished with a matte varnish. Comes ready to hang with a small, gold colored hook.

In 1929, ornithologist Albert Kenrick Fisher found this bird abundantly all along the western coast of the Galapagos islands. During the next sixty years invasive plants replaced a large part of the endemic vegetation, which led to the decline of insects. When David and Lee Steadman visited San Cristobal Island in the 1980s they described the San Cristóbal vermilion flycatcher as extremely rare.

The last reliable sighting was in 1987. Finally, a six-month expedition in 1998, failed to find any birds. Reasons for the decline of the San Cristóbal vermilion flycatcher might have been the vanishing of the food insects, but also avian pox and avian malaria. After a long-term-study since 2012, the Durrell Wildlife Conservation Trust described it as “first bird extinction in Galapagos” in June 2016.