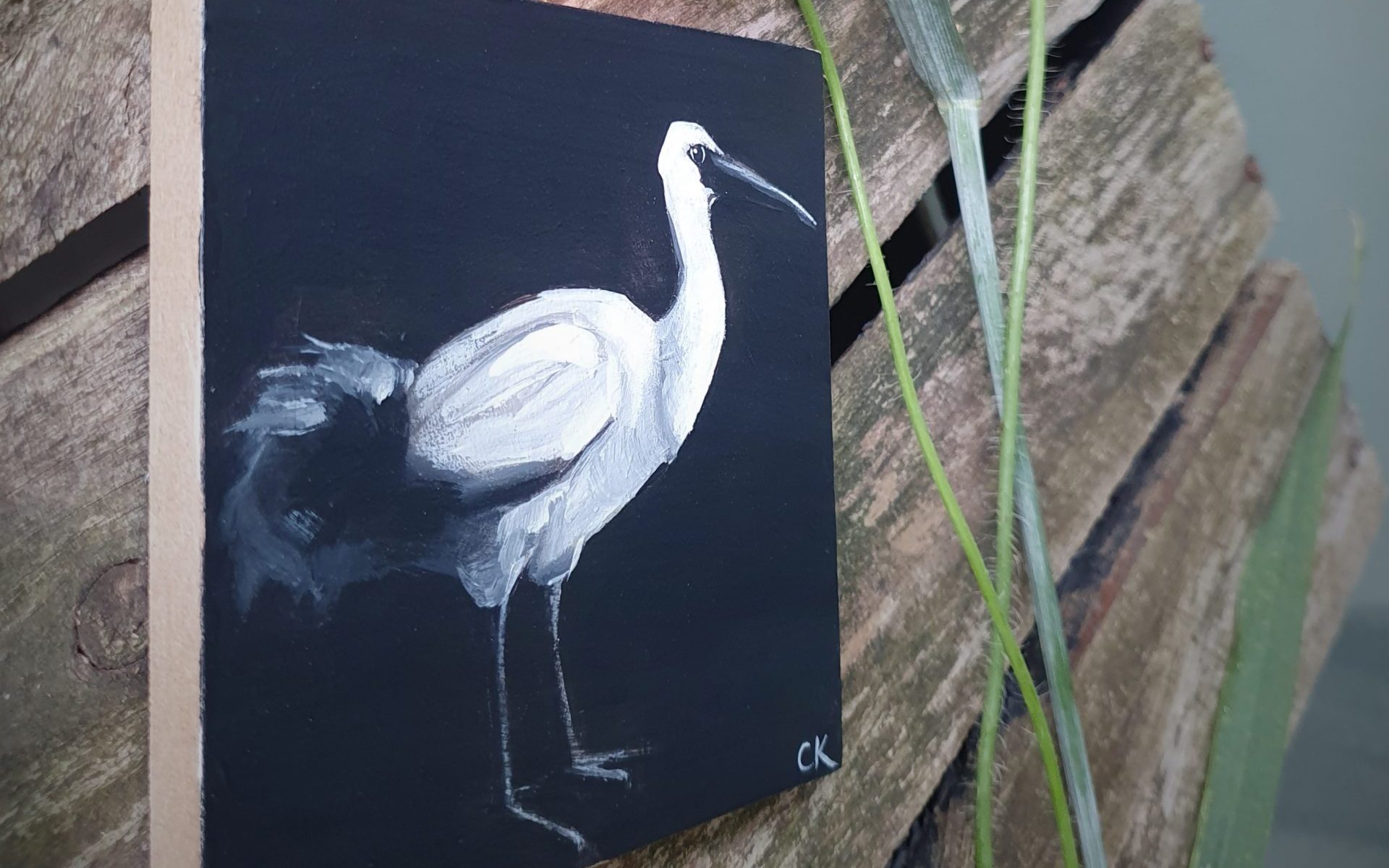 Painting of a Réunion ibison 10 x 10 cm mdf panel.
The background is a deep – almost black – color. It’s a mixture of (ultramarine) blue and (sienna) brown. Painted with acrylic paint (Amsterdam Expert line) and finished with a matte varnish. Comes ready to hang with a small, gold colored hook.

The Réunion ibis (Threskiornis solitarius) was discovered only because they found subfossil – partially fossilized – remains on the island of Réunion (an overseas region of France in the Indian ocean). Which meant the first scientific description of this bird came out in 1987.
These birds were probably mistaken for white dodo birds in the 19th century by travelers. However no fossils referable to dodo-like birds were found on this island. Because of the subfossil finds they concluded it was an ibis bird species. It had ostrich like feathers and the beak was relatively short and straight for an ibis.

In the 17th century, it lived in mountainous areas. Visitors to Réunion praised its flavour, so was therefore hunted intensively. Together with the introduction of predatory species, these factors are believed to have driven the Réunion ibis to extinction already by the early 18th century.