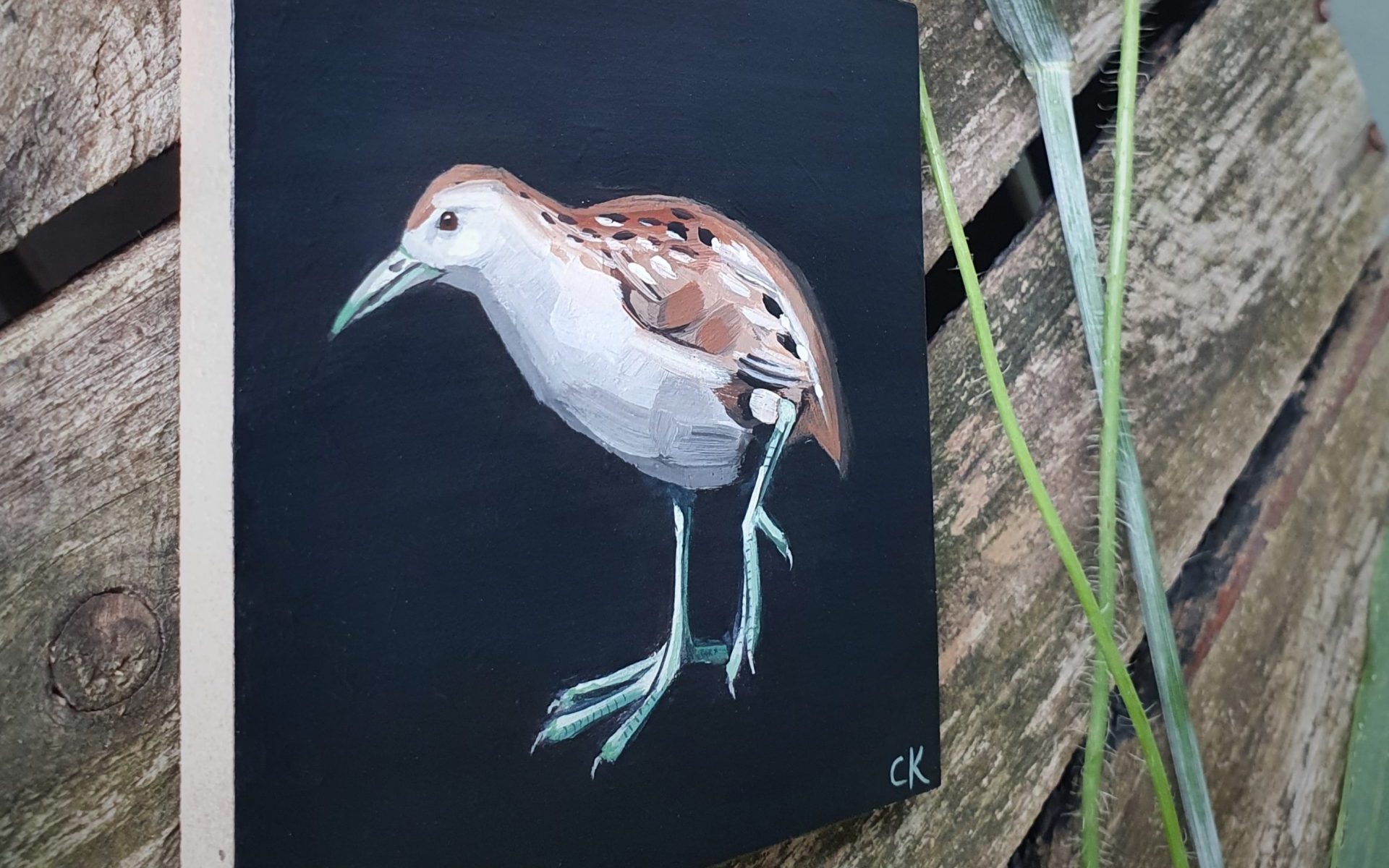 Painting of a Réunion ibis on 10 x 10 cm mdf panel.
The background is a deep – almost black – color. It’s a mixture of (ultramarine) blue and (sienna) brown. Painted with acrylic paint (Amsterdam Expert line) and finished with a matte varnish. Comes ready to hang with a small, gold colored hook.

The Laysan rail (Zapornia palmeri) lived on the Northwest Hawaiian island of Laysan. It was a small bird and a flightless member of the rail family. Its legs were well developed – and of a green color -. Although flightless, it would use its wings to keep balance while running and it could jump close to 1 meter.
In territorial defense two birds would stand opposing each other, fluffing up their plumage, and give rattling, scolding calls resembling a mechanical alarm clock. Soon after dusk, the entire population could be heard to engage in a brief bout of vocalization, which Frohawk (1892) described as sounding like “(…) a handful or two of marbles being thrown on a glass roof and then descending in a succession of bounds.”

When domestic rabbits were introduced on the island they ate all the vegetation because there were no natural predators to keep their numbers in check. Which meant the Laysan rail was almost extinct by 1923 due to lack of food and shelter. The last species was spotted in 1944.