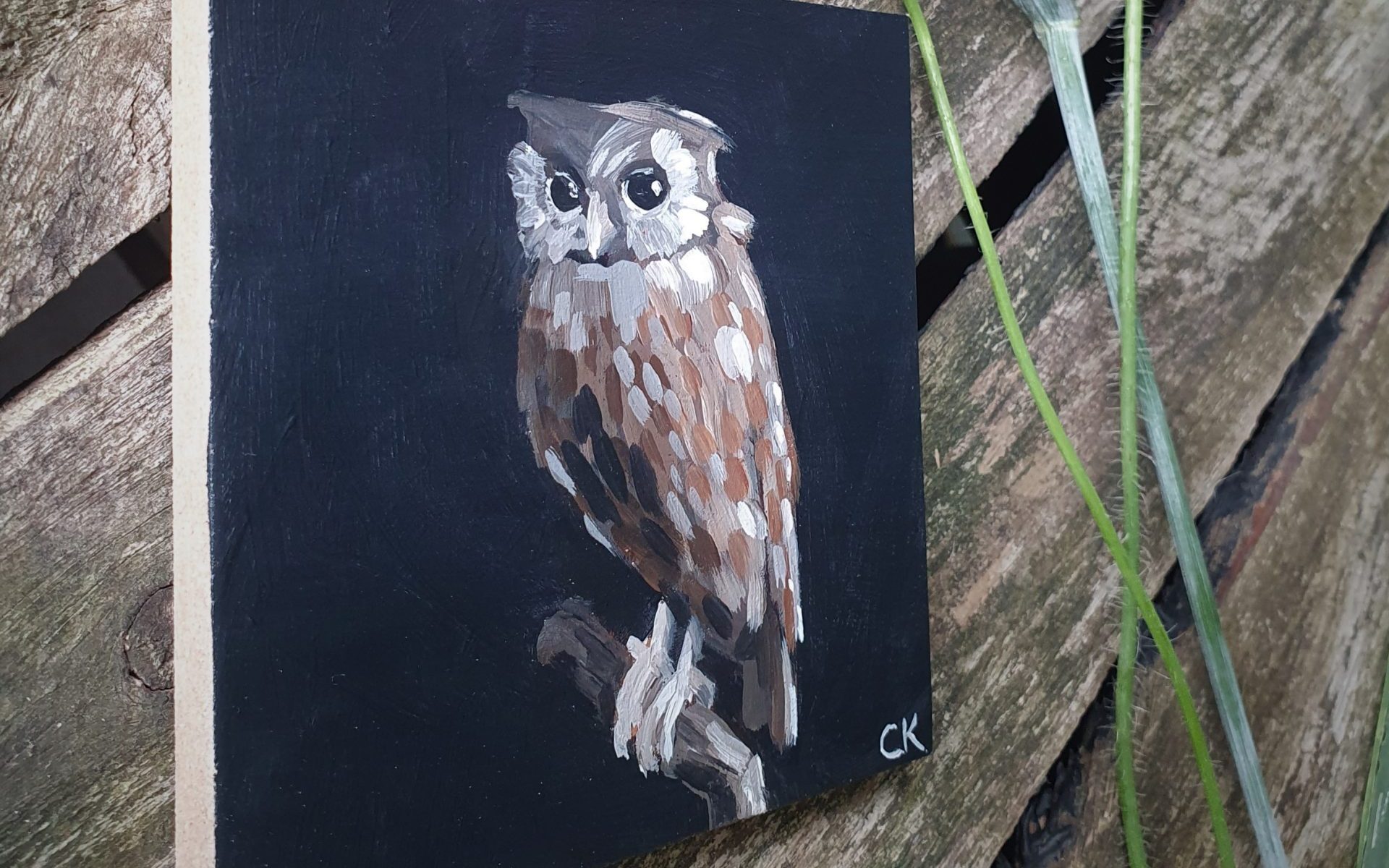 View cart “EXTINCT Lord Howe gerygone (Australia)” has been added to your cart.

Painting of a laughing owl on 10 x 10 cm mdf panel.
The background is a deep – almost black – color. It’s a mixture of (ultramarine) blue and (sienna) brown. Painted with acrylic paint (Amsterdam Expert line) and finished with a matte varnish. Comes ready to hang with a small, gold colored hook.

The laughing owl (Ninox albifacies) was also known as whēkau or white-faced owl. It was an endemic owl of New Zealand. The first scientific description was published in 1845 and it was extinct by 1914.
The species was given its name because of their call. It was described as “a loud cry made up of a series of dismal shrieks frequently repeated” or “a peculiar barking noise”.
They generally occupied rocky, low-rainfall areas and forest districts.

Last (unconfirmed) reports of this owl were in 1956, when an unidentified bird was heard flying overhead and giving “a most unusual weird cry which might almost be described as maniacal” at Saddle Hill, Fiordland. And laughing owl egg fragments were apparently found in Canterbury in 1960.

Extinction was caused by land use changes and the introduction of predators such as cats and stoats.