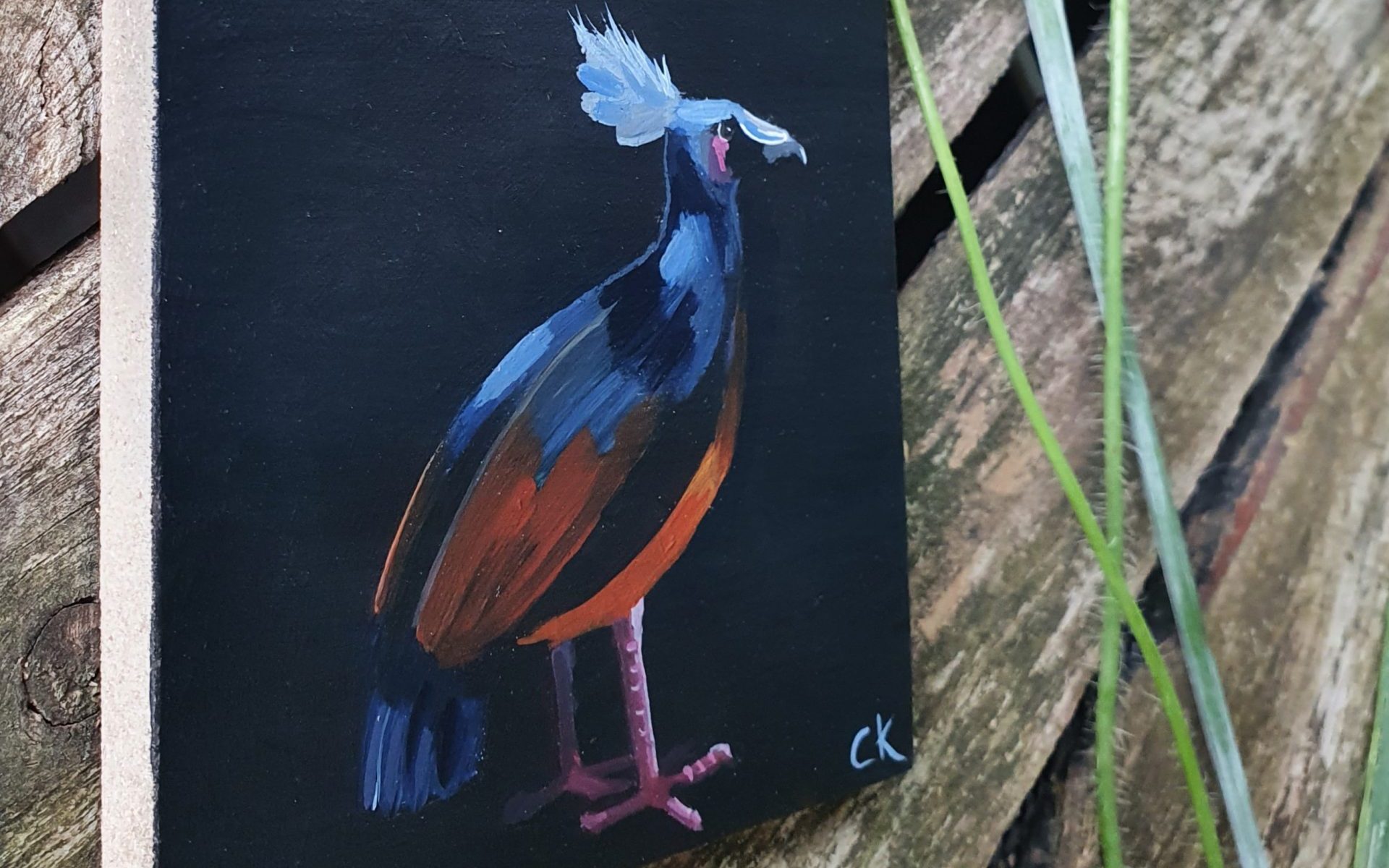 Painting of a Choiseul pigeon on 10 x 10 cm mdf panel.
The background is a deep – almost black – color. It’s a mixture of (ultramarine) blue and (sienna) brown. Painted with acrylic paint (Amsterdam Expert line) and finished with a matte varnish. Comes ready to hang with a small, gold colored hook.

The Choiseul pigeon (Microgoura meeki) is an extinct species in the pigeon/dove familiy (Columbidae). Also known as Solomons crested pigeon, Solomon Islands crowned-pigeon and Kuvojo. According to Jolyon C. Parish it should be placed in the Gourinae subfamily along with the Goura pigeons, the dodo, and others. The indigenous peoples of the island of Choiseul called the species either “kumku-peka”or “kukuru-ni-lua”, which translates loosely to “pigeon belonging to the ground”.

It was reportedly very tame, allowing hunters to pick it up off its roost. It lived in lowland forests, particularly coastal swampy areas. It was only recorded by Albert Stewart Meek, who collected six adults and an egg from the northern part of the island in 1904. Since then it has not been reported. The very last unconfirmed report was in the early 1940s.

Hunting and the introduction of carnivorous animals, such as cats, were the reasons for its extinction.