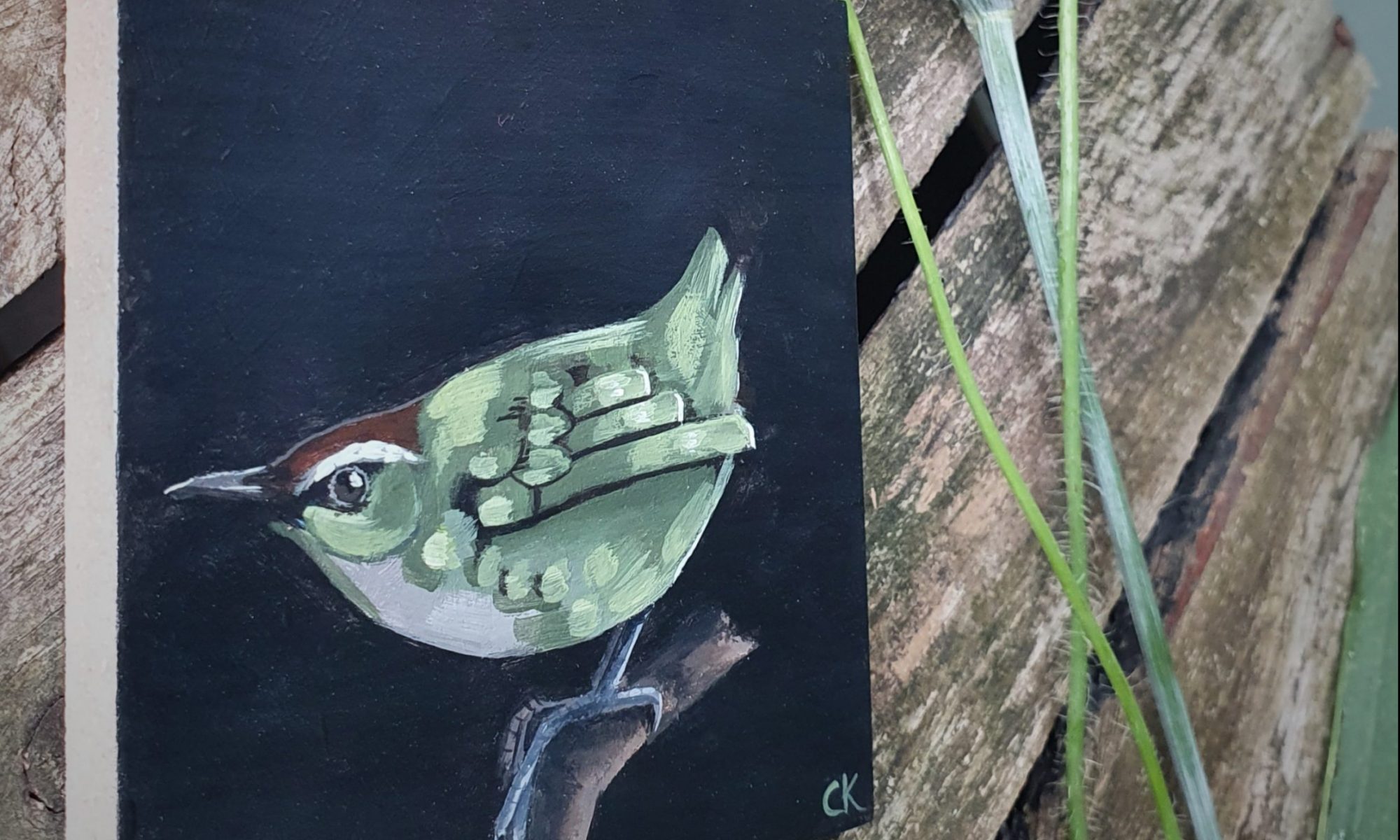 Painting of a Bushwren on 10 x 10 cm mdf panel.
The background is a deep – almost black – color. It’s a mixture of (ultramarine) blue and (sienna) brown. Painted with acrylic paint (Amsterdam Expert line) and finished with a matte varnish. Comes ready to hang with a small, gold colored hook.

The bushwren (Xenicus longipes) was a tiny and almost flightless bird in New Zealand. It fed mostly on invertebrates, which it captured by running along the branches of trees. It nested on, or near the ground.

It was widespread on the island untill the late 19th century. Unfortunately it didn’t survive the introduction of rats and other predators. The last birds died in 1972, after an attempt to save them (relocating the last six birds to another island).