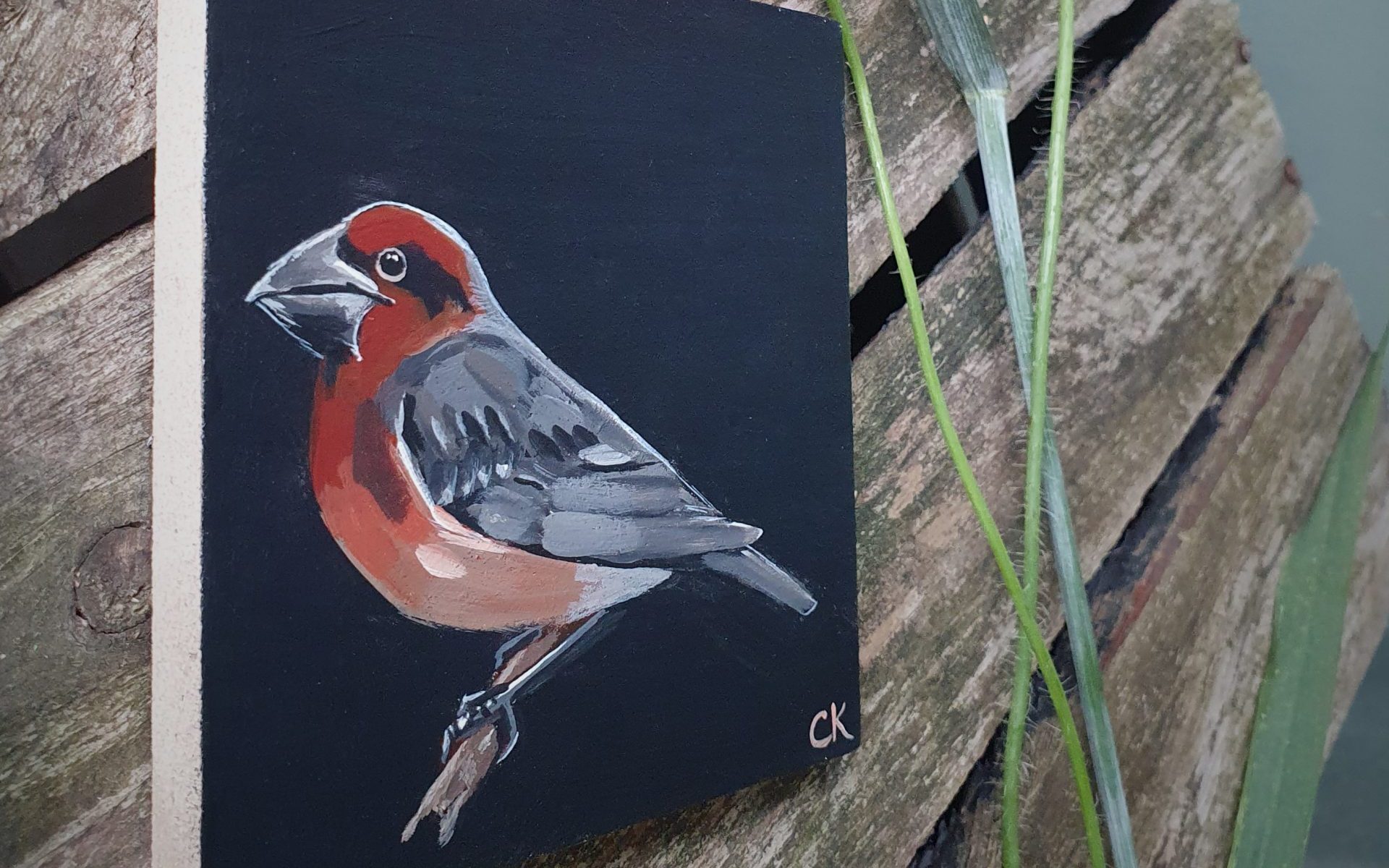 Painting of a Bonin grosbeak on 10 x 10 cm mdf panel.
The background is a deep – almost black – color. It’s a mixture of (ultramarine) blue and (sienna) brown. Painted with acrylic paint (Amsterdam Expert line) and finished with a matte varnish. Comes ready to hang with a small, gold colored hook.

The Bonin grosbeak (Carpodacus ferreorostris) was only found on the island Chichi-jima in the Ogasawara islands of Japan.
It fed on fruits and buds which were primarily picked up from the ground and low shrubs. It was described as somewhat reluctant to fly.

Its extinction was caused by whalers settling on the island in the 1830’s. Which caused destruction of their natural habitat and introduced predatory animals on the island.