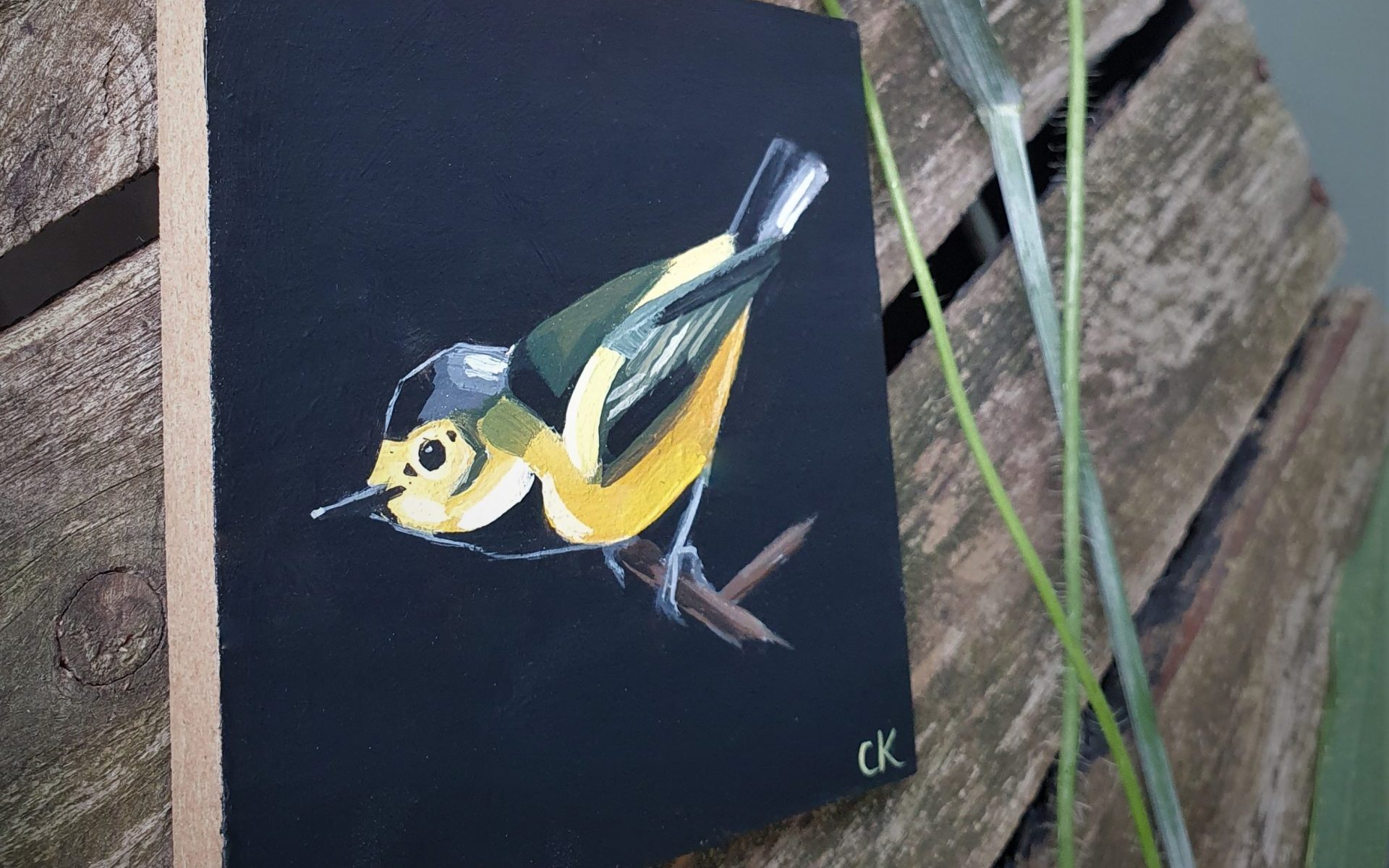 Painting of a bright yellow male ‘Bachman’s warbler’ on 10 x 10 cm mdf panel.
The background is a deep – almost black – color. It’s a mixture of (ultramarine) blue and (sienna) brown. Painted with acrylic paint (Amsterdam Expert line) and finished with a matte varnish. Comes ready to hang with a small, gold colored hook.

The Bachman’s warbler (Vemivora bachmanii) was first recorded in 1832 by John Bachman, near Charleston, South Carolina.
It was a small passerine migratory bird that is almost certainly extinct. The last observation was in Louisiana in 1988.
It used to breed in swampy blackberry and cane thickets in the Southeastern and Midwestern United States and would winter in Cuba. It is believed that they have once bred as far north as Virgina and south into Georgia. They loved swamps with pools of still water.

Clearcutting of its habitat and the draining of swamps are the two main causes for their extinction.